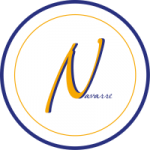 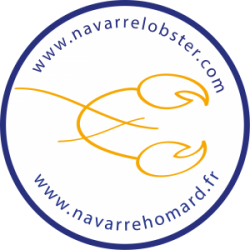 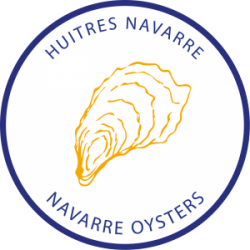 We are above all passionate about the sea. We are committed to sharing our high quality products.

SARL Navarre was founded in April 2013 by Laetitia Navarre and her husband Alexandre and the company is located in the parish of Gouville sur Mer along the Normandy coast.

Wholesale fish and shellfish trading we focus mainly on blue lobster. Products are purchased directly from local fishermen by ourselves which ensure optimal freshness. Our water tanks are fitted with biological filters and temperature controller to achieve an environment of quality and to limit the crustaceans stress.

We supply the french market and we also have an export branch. 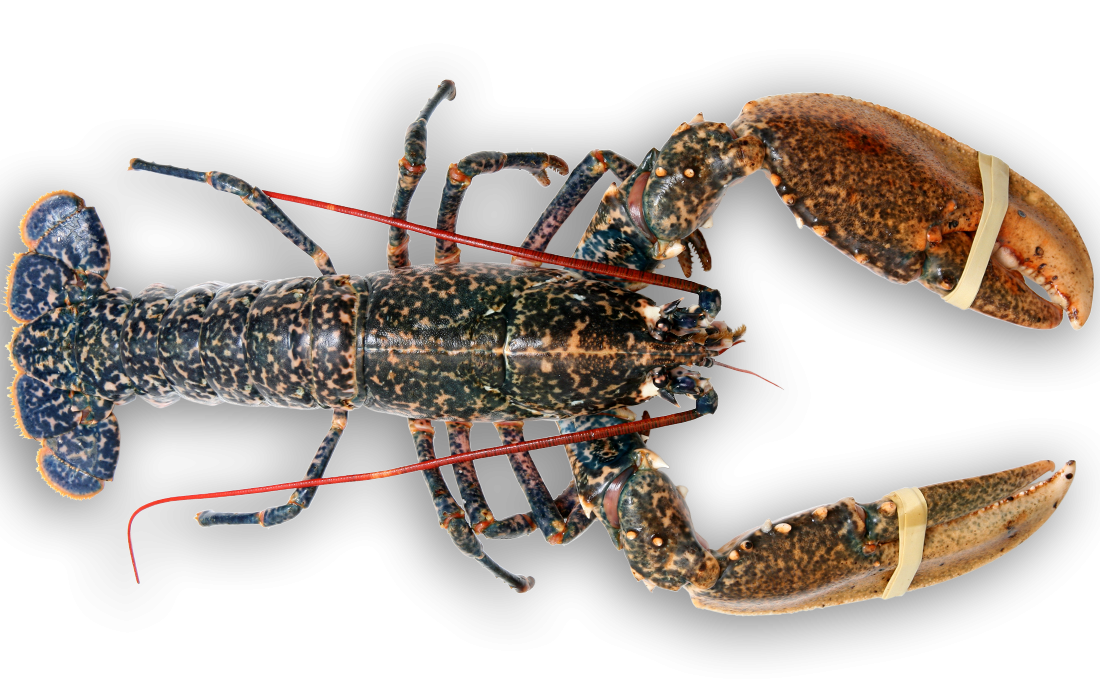 Transport of Oysters and Blue Lobsters

We deal directly with fishermen to make a second product quality control. The lobster are placed into a “criée box” and cover with a cloth soaked in seawater and transported alive to our water tank. Our refrigerated truck is used to maintain or cool down the lobster to approach the temperature of our tanks to minimize the stress during the intrusion into their new environment. Goods are generally carried out in 10kg polystyrene boxes. Wood fiber soaked into seawater are disposed on top of the live lobster to keep the best humidity levels for shipping. Delanchy or STEF mainly provide transportation of our product in compliance with environmental and social standards.

Lobster in our regions is coveted by fishing vessels 8 to 12 meters and capture by fishing trap, trap that is placed near or against the rocks. These traps can be made of a metal structure of iron or a plastic frame.

Our local lobster are caught by vessels from 8 to 12 meter and capture by fishing trap which are placed near or against the rocks. Traps base are made of plastic or steel covered with a net. Their size could change depending on fishing habits. Gurnard or horse mackerel used as bait are delicately placed in the trap maintained by an elastic or inserted in to a small holding pocket. Minimum catching size needs to be 87mm (cephalothorax’s size).

The Blue Lobster: THE best Lobster !

The blue lobsters that we sell are mainly caught on the edges of the Channel Islands , from the Minquiers islands to the Ecrehou. A region crossed by the Gulf Stream with sandy grounded nature and the highest tides in Europe. A rocky area that provides suitable habitat and represents one of the highest french fishing ground. We capture them by using lobsters fishing pots on boats generally ranging from eight to twelve meters. The regulatory minimum size must reach 87mm (length of the carapace). 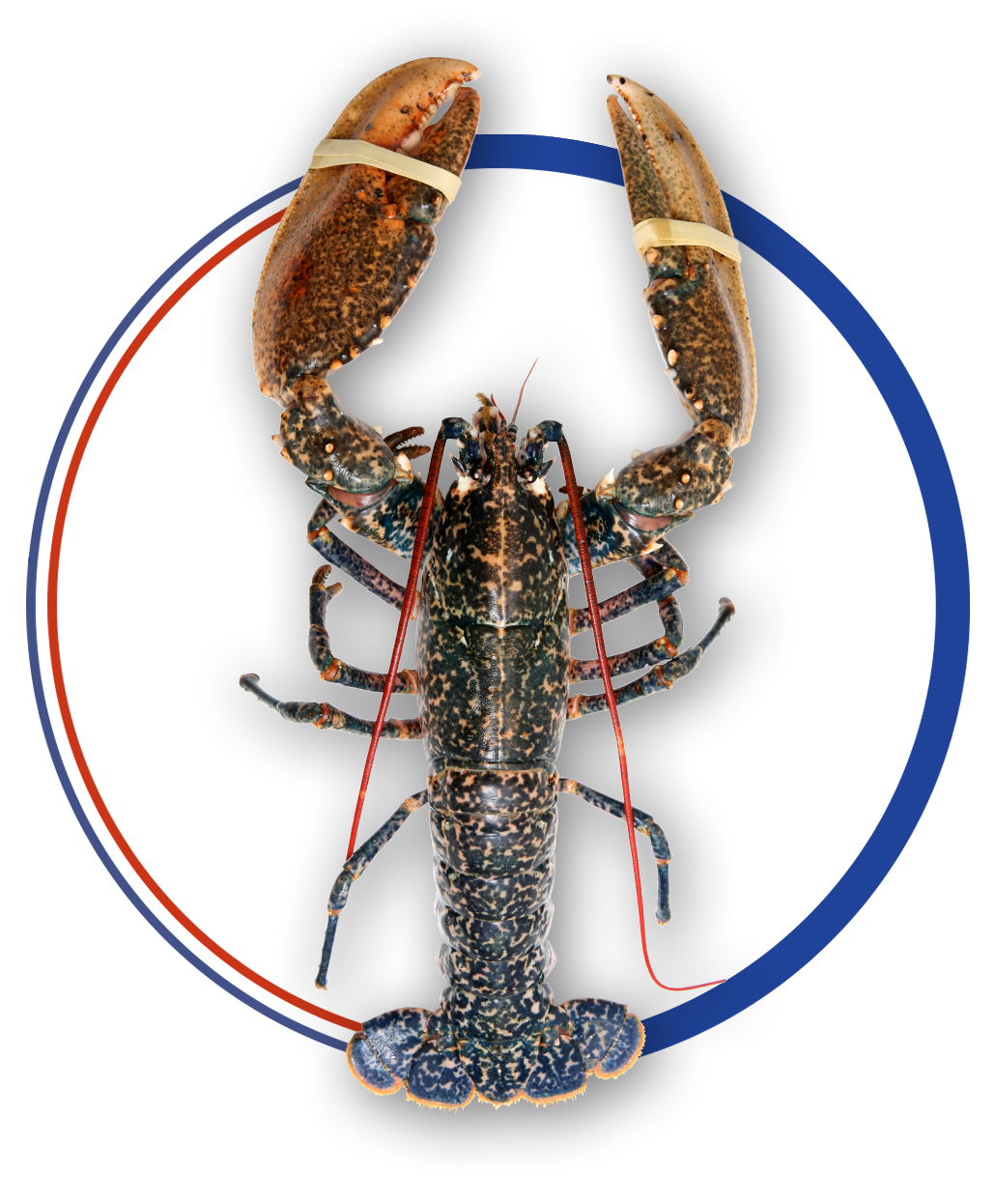 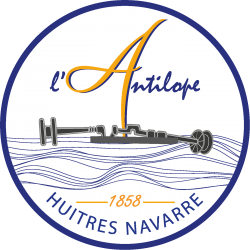 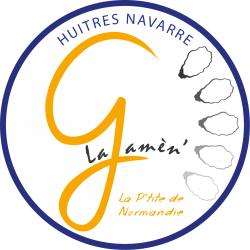 The Navarre Oyster is a selection of Fine Oysters raised off the coast of Gouville.

From its arrival in spat to its adult size, our passion rhymes with patience through the many exceptional tides of the Normandy coast.

Throughout its growth, the oyster keeps our greatest attention for an irreprochable development while respecting the environment.

With this fine flesh and its delicate sensation in the mouth, The Fine Navarre Oyster will surprise you with its intense and subtle iodized taste. 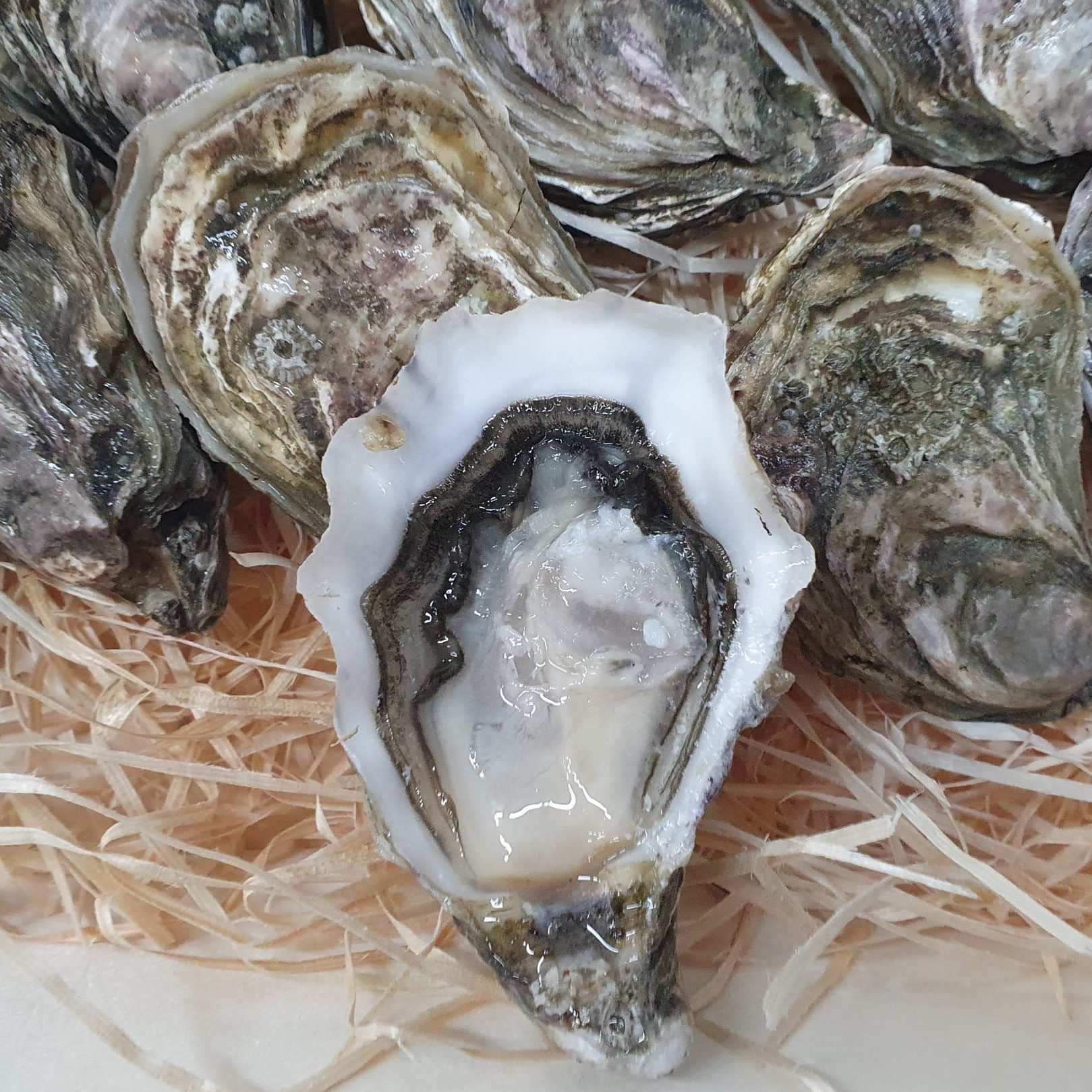 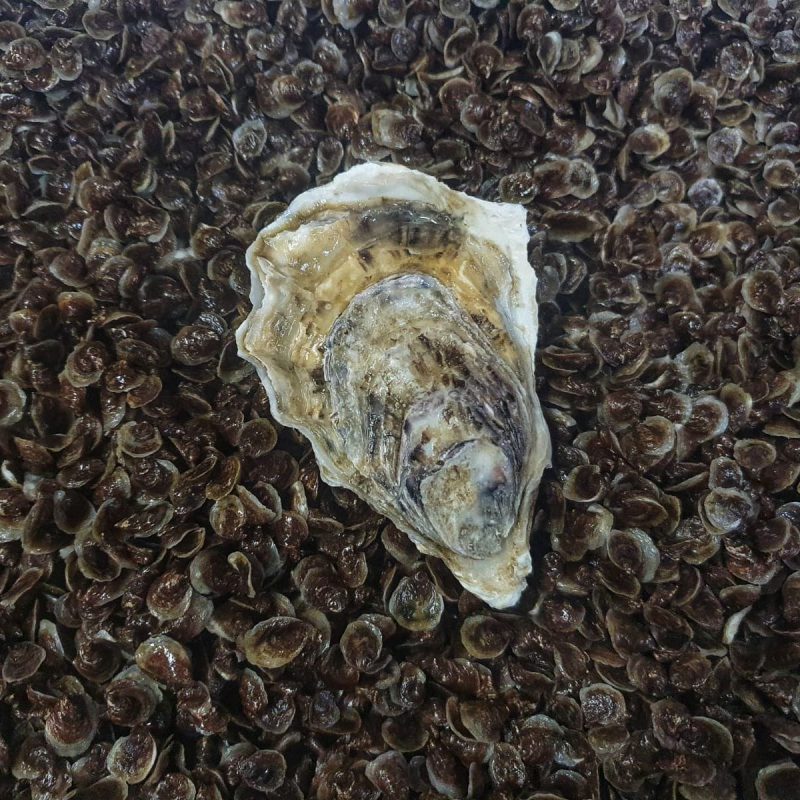 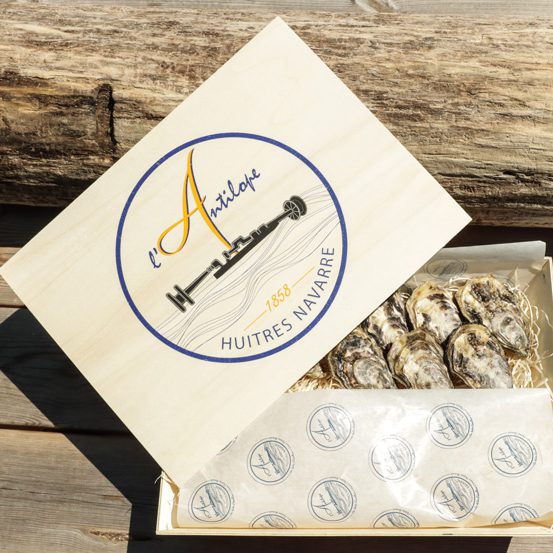 L’Antilope -1858-, an oyster of excellence throughout the history of Normandy.

In -1858-, under the reign of the Emperor Louis Napoléon Bonaparte, was a wheeled classified steamship belonging to the Imperial Navy. At its command, Lieutenant Charlemagne.

The ship assigned to the naval section of Granville, had for main mission the surveillance of the oyster farms of the Bay recognized as the wealth of the coastal waters. This is how the Aviso crossed paths with a special oyster.

On December, 14th, 1858, on this day of high tide, the boat until then at anchor in the Chausey Islands, was called in to assist a ship in difficulty in the West of the Cap of Carteret. In a context of intense fog, a very strong current took the Aviso up against the dreaded rocks of the Sénéquet known as Les Hattes and ran aground on the Longquequet rock.

This is how the ship named “L’Antilope” settled forever closed to the oyster farms and remains their great protector for all eternity.

For several decades the remains of the ship have been visible at each high tide, in particular the crankshaft that drove the two propulsion wheels.

And from this story was born the oyster Antilope -1858-, a special oyster produced by the NAVARRE company taking inspiration from nature and these facts in order to adapt an innovative production method.

This generous nature and its respect constitutes one of the essential elements in the culture and the good development of our oysters. The presence of a strong current in the area gives us an incomparable quality of growing with rich waters for a fleshy oyster full of flavor.

The Antilope -1858-, through its history, its color, its shape and its subtle taste will give you a lifelong passion … 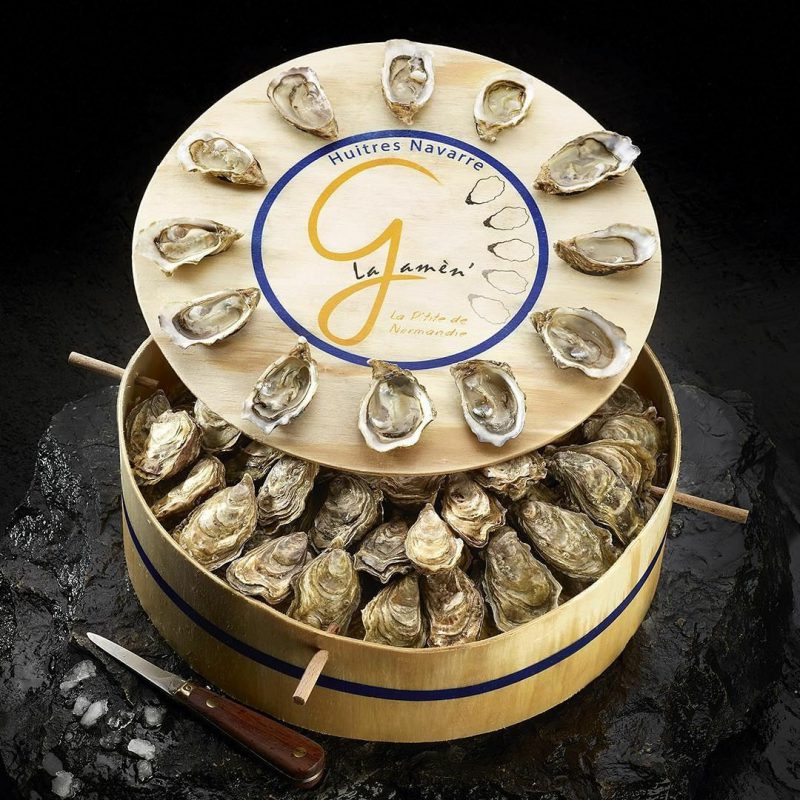 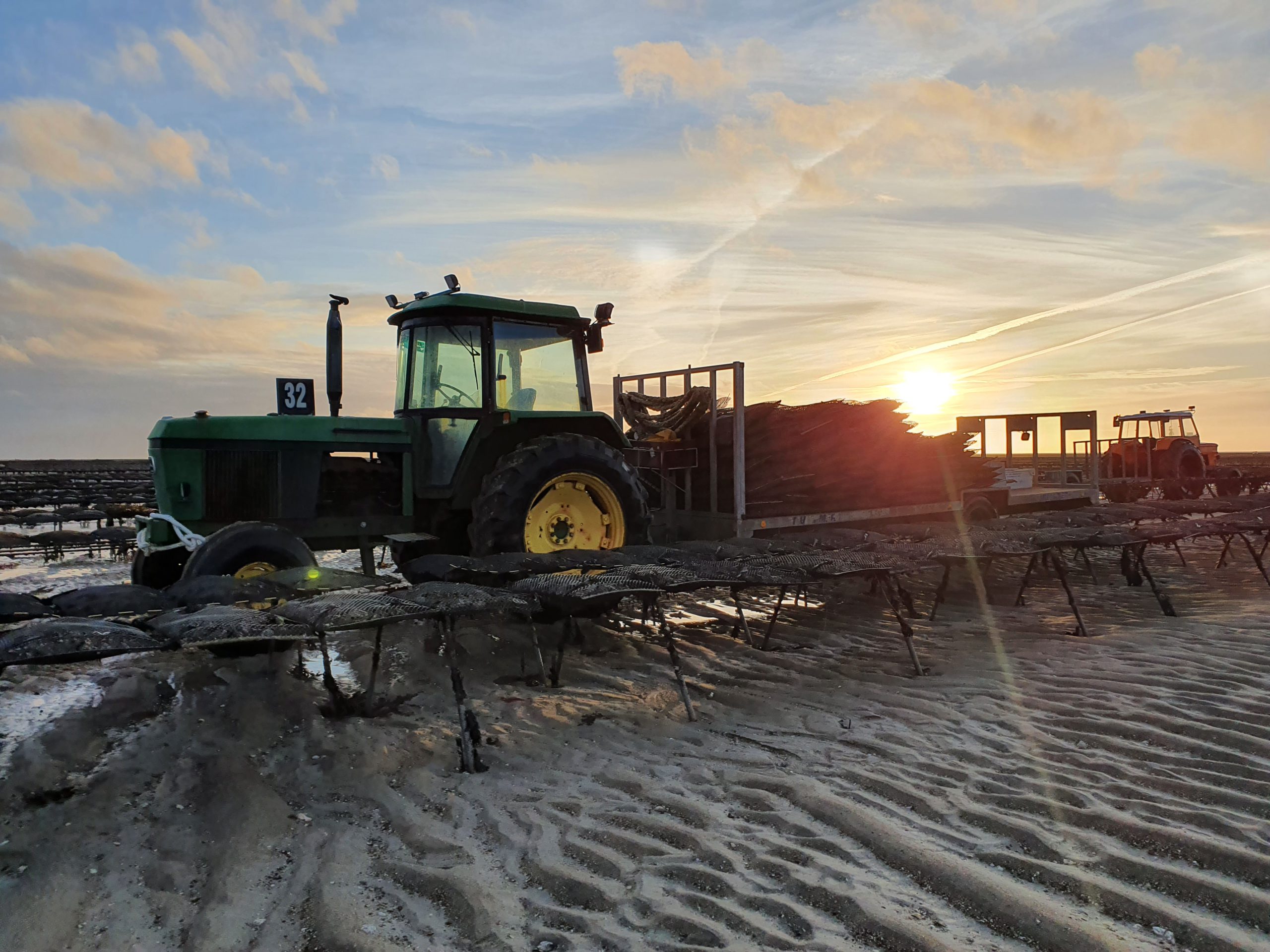 « La Gamén’ », our cocktail oyster has been specially selected by the NAVARRE team. This premium oyster is made respecting all the Normand traditions and values.

Gouville sur Mer is the biggest oyster bed in Normandy. With the biggest tides in Europe and at the end of the Gulf Stream, “ La Gamén’ ” develops in crystal clear waters, rich in phytoplankton and nutriments.

Oyster farming in Normandy has been around for over 50 years in this unique area. The NAVARRE team preserves this heritage with passion in order to develop and grow “La Gamén’”.

The see oysters are born naturally in our beds in Charente Maritime. The seed oysters arrive in Normandy and the NAVARRE team manage their development with the utmost care to produce the perfect “La Gamén’”.

During the months in the sea, “La Gamén’” will gain strength, a taste and texture unique for an oyster so small.

“La Gamén’”, a burst and refined flavor recognized by some chef, which will not fail to surprise and delight you with its unique taste !!!

Do not hesitate to contact us for more information. 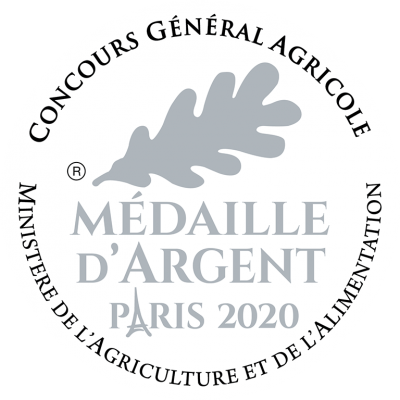 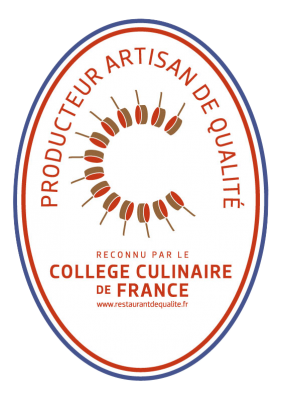