The lobsters that we sell are mainly caught on the edges of the Channel Islands , from the Minquiers islands to the Ecrehou. A region crossed by the Gulf Stream with sandy grounded nature and the highest tides in Europe. A rocky area that provides suitable habitat and represents one of the highest french fishing ground. We capture them by using lobsters fishing pots on boats generally ranging from eight to twelve meters. The regulatory minimum size must reach 87mm (length of the carapace).

The lobster family : the European and the American lobster. The US/Canadian lobster that we find in large quantities on the French market remains cheapper and is much less popular than his cousin the European lobster with a firm chair, fine and delicate taste.

The Breton lobster should represent the European lobsters caught or landed in Britain but often the name is used as a general term to describe UK lobster or even lobster from the Normandy coast!

Lobster is packed with nutrients : CALCIUM is essential for the health of our bones and teeth. ZINC strengthens our immune system. The Selenium which is an excellent source of antioxidant and reduces the risk of cancer. It’s a rich source of quality protein that will satisfy your appetite without doubt and it contains very little saturated fat and calories, an ideal food for dieting paying attention to what you are eating it with !

How to find us 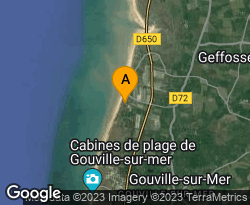 Thanks for coming in